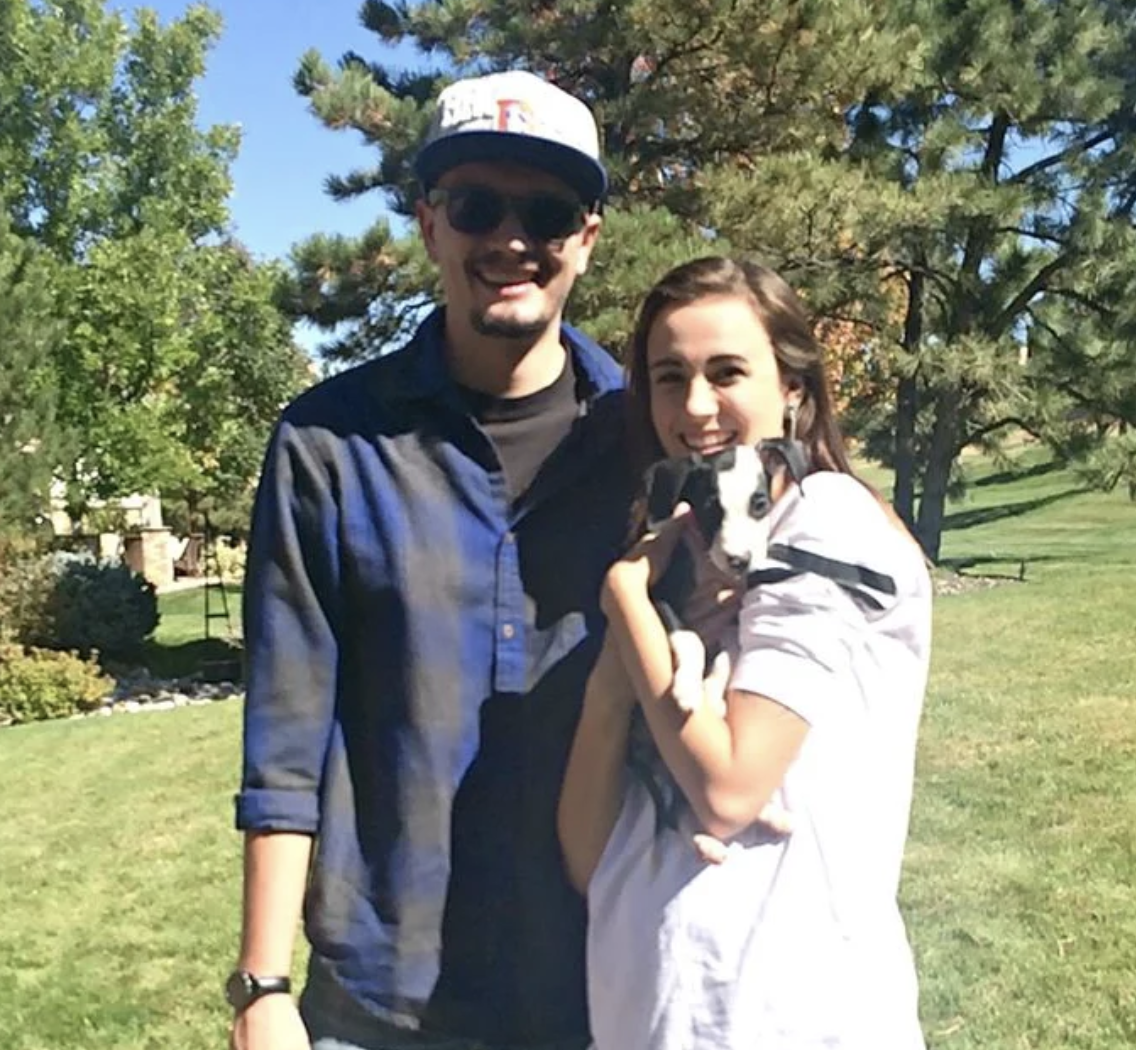 Little Rain Gets Some Sunshine

Today BDDR had their first official adoption! Little Rain came to CO with the rest of her siblings from TX. Rain was skin and bones, lethargic, and terrified. Our wonderful foster took her to the vet and got her on the right track to being a happy, healthy little girl. Today, Rain is not only feeling 10x better but also got to go to her forever home with another super friendly dog for her to spend her life playing with. She will now get unlimited snuggles and love. We know Rain is going to have a wonderful, wonderful life!

"I just wanted to reach out and show you how well Milo is doing- he’s taken on the name Milo Cyrus and loves naps and slobbering people with kisses. This one thinks he’s a lap dog and plays daily with his big cat sister. So thankful I got this little one 2 years ago. You’re doing great things there! " 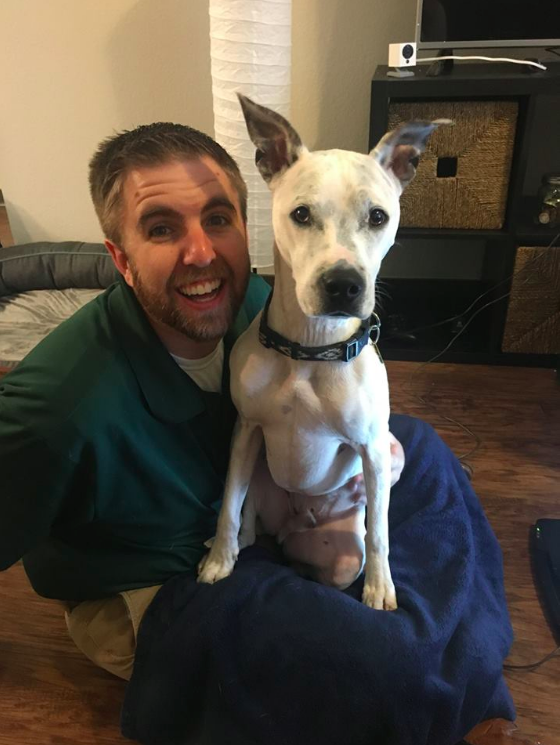 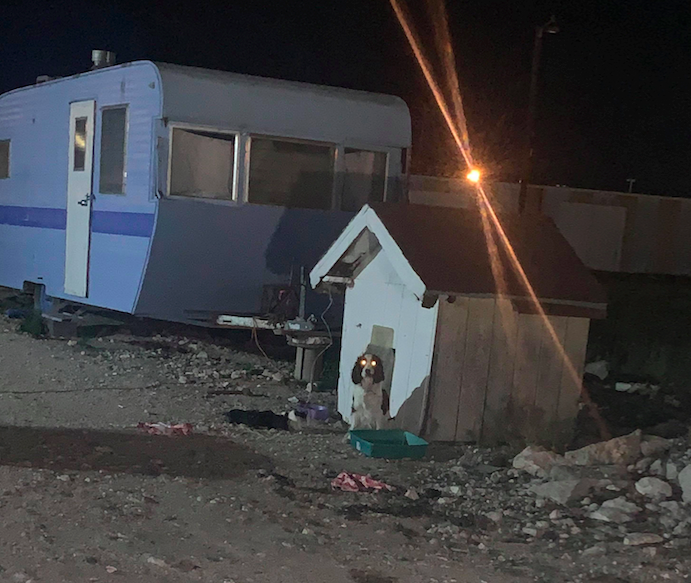 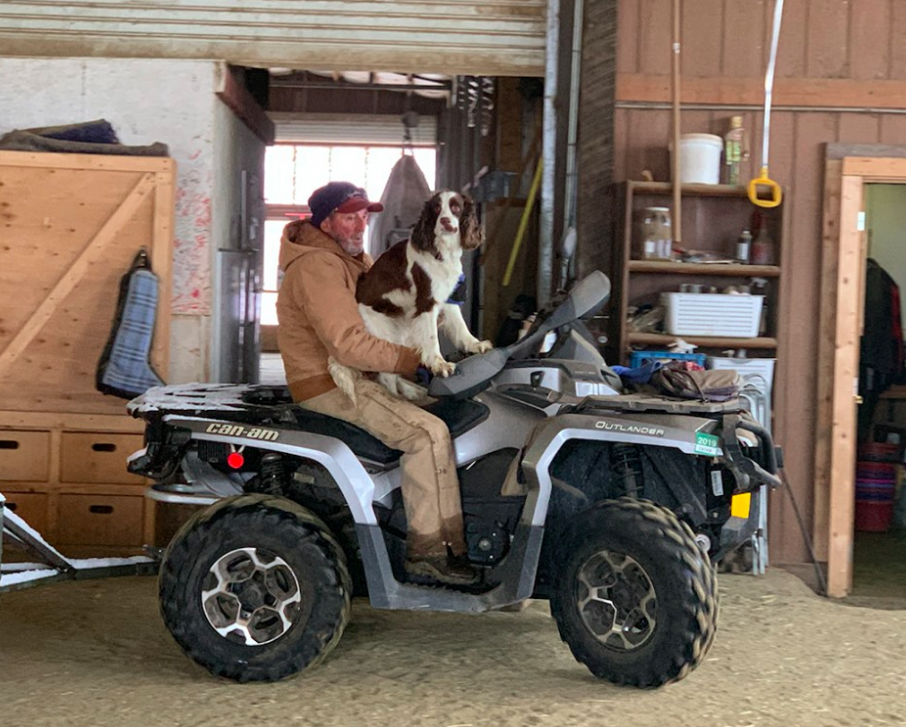 Momma Italia was spotted living outside with her 5 puppies, tied to a pole. When she was first spotted it was 14 degrees outside, and her puppies weren't even two weeks out.

Our of our brave rescuers knocked on the mobile home and asked the family to please surrender the family before they all died. Luckily the humans didn't care for them at all and gave them to us without hesitation.

After Italia was cleaned up, vetted, and loved on for a couple of weeks by our wonderful fosters, she found a forever home up in the high country on a farm. She gets to sleep with her family in bed every night, and help feed the chickens and cows every day with her forever dad. She is so loved, just like every dog should be.

Sunny (red collar) was found wandering the streets of TX.  She was SO sick and was hospitalized in TX for over a week before traveling to CO to her foster mom, Michelle.

A week later Michelle also took in Cora (blue-collar).  Cora was confiscated from a neglect case in Kansas where she was left in an apartment for over two weeks, alone, to fend for herself.

They transported her immediately to CO where she could see our specialist since she would not stop throwing up, and wouldn't eat.  They found after 2 days that she had a blockage in her intestines.  Since she was so weak and malnourished her chance of survival from the surgery was less than 20% but we knew we had to try.

The vets ended up finding a plastic bag in her intestines.  After the surgery, she did go into a septic shot and spent over 10 days at the vet, where each hour was touch and go.

She was SUCH a fighter.  Michelle's best friends actually ended up adopting Cora and Sunny together since they grew so close in Michelle's home.  Both are happy, healthy, and loved now 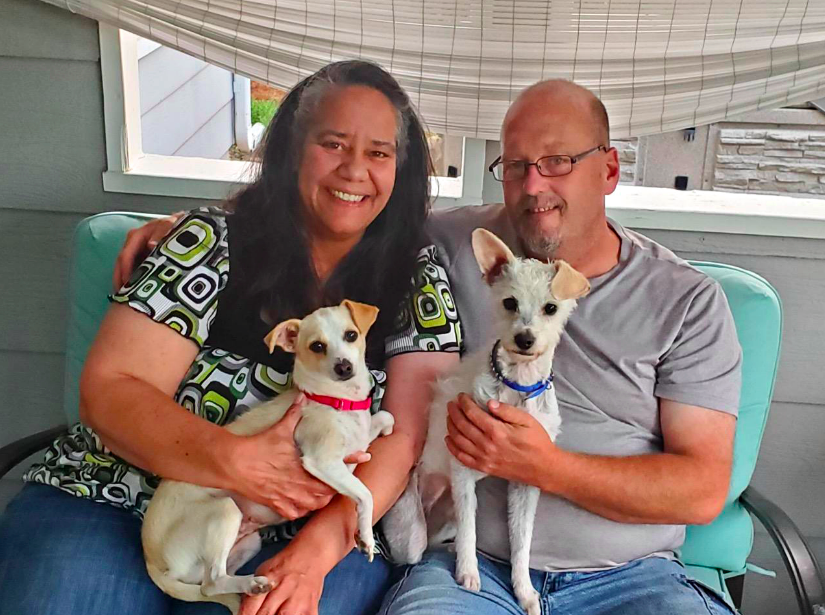 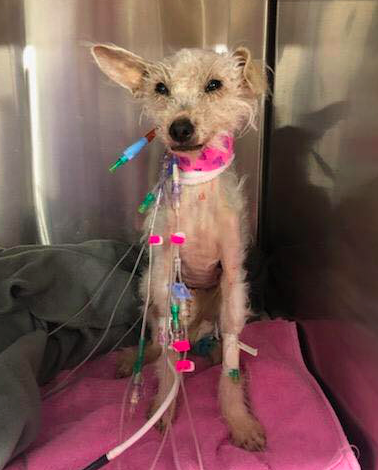 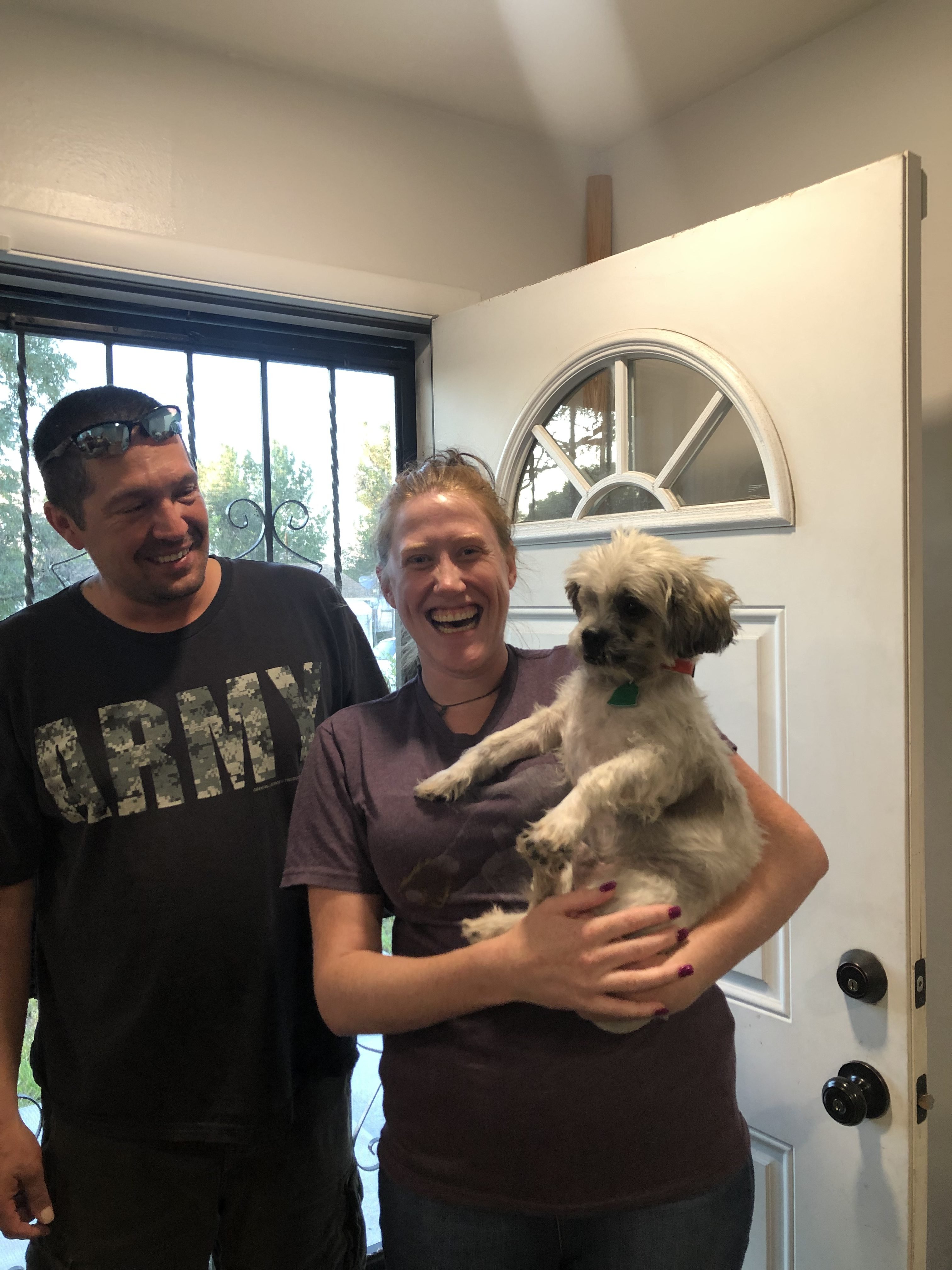 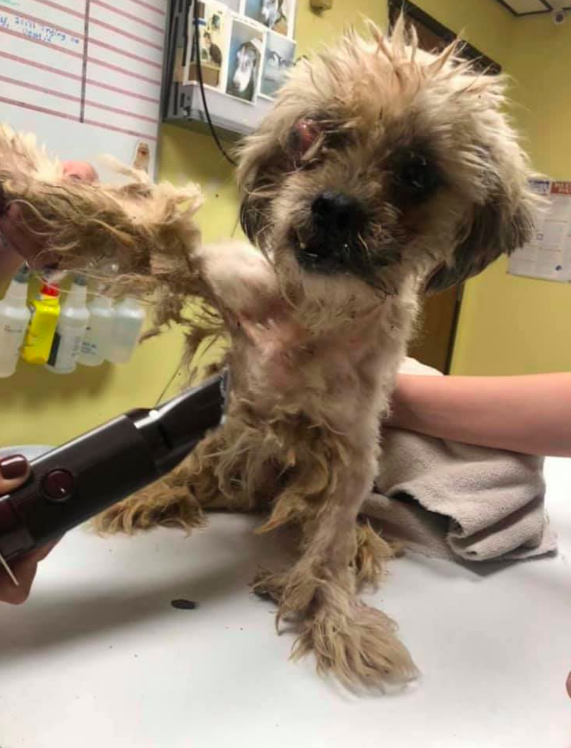 Scotch was found in New Mexico living under a house.  He was matted to the skin, dirty, malnourished, and his right eye was actually hanging out.

He was rushed to the vet where he stayed for over a week.  He had his eye removed, he was shaved and finally fed a full, good meal.

Once he was healthy enough to make his trip to CO his foster home was waiting for him here with open arms.  He put some weight on, was checked a couple more times by our wonderful vets, and then found his forever home!!!

Fireball was dumped in New Mexico because his family was moving and couldn't take him.

He was scared and confused at first. He made his way to CO where he would have the best chance of finding his forever home.

Little did he know he would be finding his Soul Mate. Isador adopted Fireball and they are absolutely inseparable. They go on adventures daily and fireball never leaves his side. It's the best outcome we could have asked for 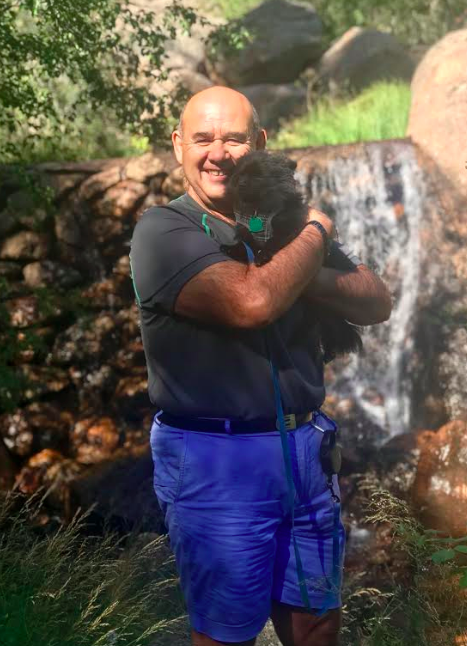 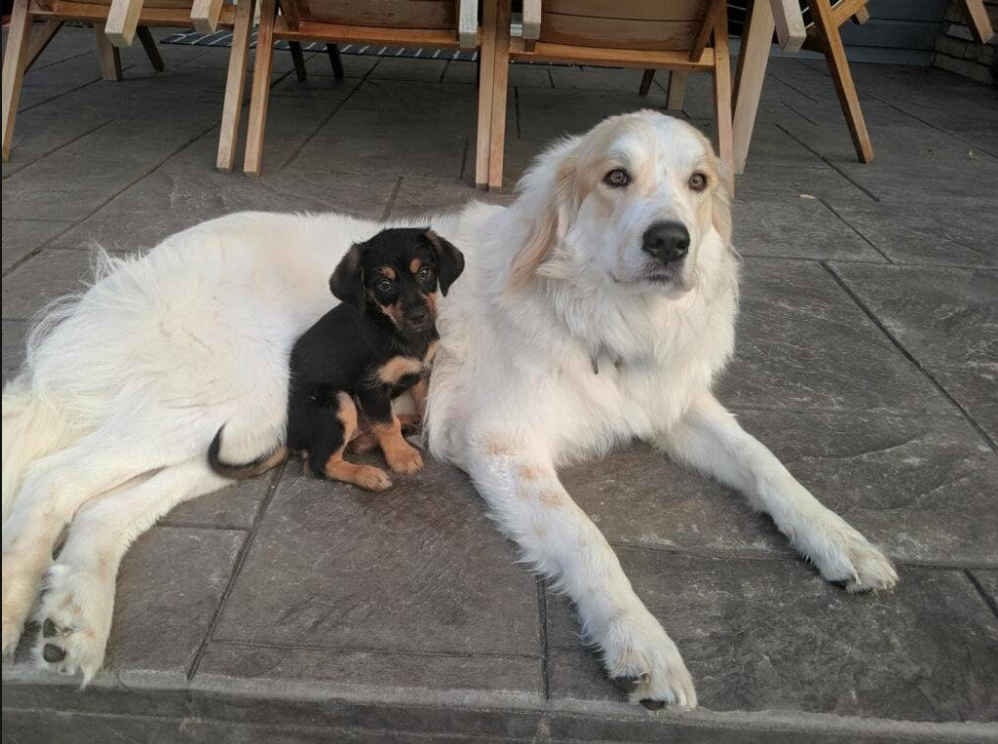 Linguine was one of a littler of 7 puppies that were a SURPRISE litter with Mama Mia.

Mama Mia was rescued from the streets of Kansas and came to Colorado severely matted. We had to shave her down completely which took over 2 hours.

Fast forward a month and Mama Mia's foster mom took her in to get spayed and get a call from the vet saying "yeahhh we're like 90% sure she's pregnant." SURPRISE.

After tests confirming that she was indeed pregnant, Mama Mia returned home to wait until the puppies came. All 7 puppies were born happy and healthy. They stayed in foster care until 8 weeks old when each puppy found their forever home.

This is Linguine with her forever sibling and they are completely obsessed with one another. Linguine will just follow around her big sibling all over the house and is a happy and sweet pup.